This is Sardinia but not as you know it

Why are we so attracted to Sardinia? 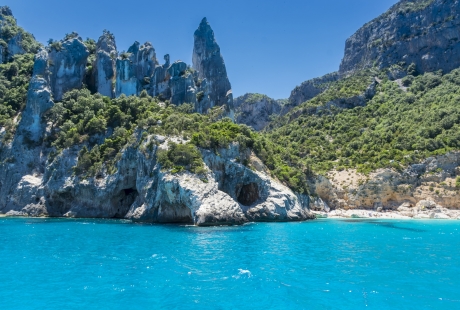 Well, perhaps because her sea is clearer than the Caribbean, because the scents of this land reach you even before getting off the ferry, because you will find places where silence still takes centre stage, because the Sardinian dialect is as crunchy as her bread, because not only is Sardinia marvellous in summer, but her beauty is pure in every season… and this is still a secret for many people! 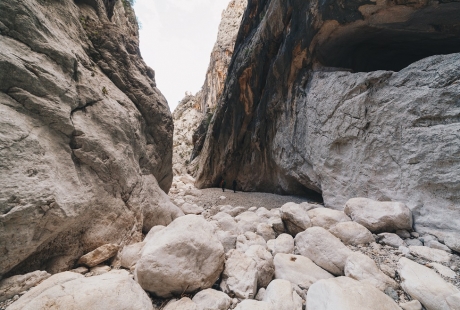 Remote, rugged, fascinating Barbagia: this is Sardinia at its best. It is true, in fact, that while the likes of Cala Luna, Cala Mariolu and Cala Goloritzé on the Gulf of Orosei have captured the imagination of many a visitor - think Blue Lagoon meets white rock to create a majestic, natural backdrop - endless discovery opportunities will open in front of you in the Sardinian outback.

In Barbagia, south of Olbia, the island shows its most authentic soul and this remote land, which the Romans called Barbaria – is simply astonishing. Across the centuries, it acquired the image of an inaccessible territory, where bandits took refuge and the wilderness triumphed. Aptly labelled as the “Italian Far West”, this precious land is enriched by numerous hidden secrets.

Spanning from Orgosolo and its world-famous murals– a staggering 150 scattered around the village - to Su Gorropu, Europe’s largest canyon, with the river Flumineddu streaming along 500-metre-high walls, enclosing the Pischina Urtaddala, a pond where subterranean waters stream, it’s surprise galore in this Sardinian gem.

And that’s not all: Archaeology triumphs at Serra Orrios and Tiscali, an ancient Nuragic hamlet in the Lanaittu valley boasting ancient, mysterious origins. Dotted with secluded, hard to get to olm oak forests, granite rock formations exude remoteness and a captivating fascination, best gazed at from the Supramonte range, a chalky plateau northeast of the Gennargentu Massif. You can reach the Corrasi mountain for the sunset of a lifetime or delve into the inland beauty searching for wild orchids; walk along ancient paths where deliciously fragrant scents of myrtle and helichrysum will enrapture you. You may even explore the many unexpected rivers by canoe, such as the Cedrino river, only to encounter the hidden beauties of a proud, generous land. 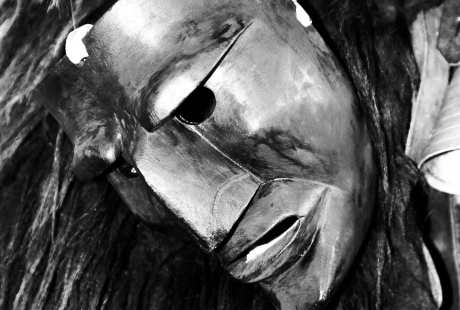 Art and culture: it’s Sardinia, but not as you know it

Sardinia conjures up images of white, sandy beaches and endless emerald, turquoise waters; its momentous cultural heritage is sadly often overlooked. Why not take some time to discover what aces lie up Sardinia’s sleeve? Nuoro, the main town in Barbagia, was dubbed “the Athens of Sardinia” in the early Novecento, and that stands to reason: poets, writers, sculptors and musicians all aimed at putting Nuoro back on the cultural map. Francesco Ciusa, who triumphed at the Venice Biennale in 1907, stemmed from here, as did Grazia Deledda, honoured with a Nobel Prize for Literature in 1926. D.H. Lawrence and Gabriele D’Annunzio often visited the area and talked about it in their works. The many museums testimony to the rich cultural sphere that dominated the area, spanning from the ethnographic, archaeological to the pottery ones, to name a few.

Traditions certainly make Sardinia, and Barbagia in particular, a proud region. In the ancient hamlet of Oliena, known for its tailoring, you can find elderly ladies still wearing the traditional garb, called Su Hostumene. The same attention and respect for traditions is strongly felt in the many festivals: Carnival is a famous affair, wooden masks being carried around the various towns and parties organised everywhere.  Easter should not be missed, when faith and devotion envelop entire villages for the whole Easter week. Autunno in Barbagia covers a series of events from September to December, aiming at promoting this exceptional territory.  Wherever you go, the strongly felt cultural heritage leaves a mark, the sign of a proud land, so rich in traditions that you will simply fall in love with them. 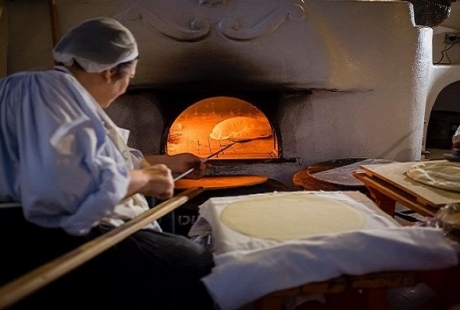 Food and wine: a Sardinian triumph

Could an experience in this alluring territory be complete without tasting its culinary delights? The search for physical and mental well-being starts from what you eat, and in Sardinia it is easier that you’d think: this land offers so many genuine, delicious dishes and wines that you will feel spoilt for choice. The Barbagia cuisine still echoes centuries-old traditions and radiates simplicity and authenticity, as well as being delicious.

Macarrones, Malloreddus and Culurgiones are curious names defining home-made pasta with a unique flavour; Pane Frattau employs the typical Carasau bread with added tomato sauce, goat’s cheese and a poached egg.  Seadas and nougat give a sweet tone, while Nepente and Cannonau add zest to your meal: these full-bodied wines will simply have you asking for more. Myrtle is then celebrated in several sweets as well as liquors.

Tempted to find out more?  Come and discover the true Sardinian soul.