Enchanted silence – the wines of Pantelleria 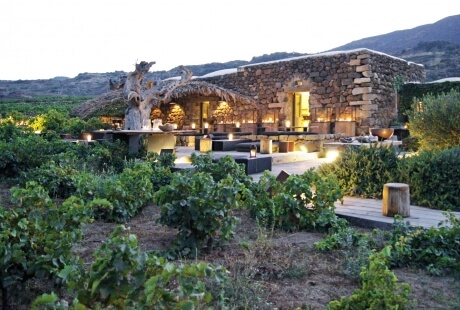 There is a place where wine growing is so precious that it was inscribed in the UNESCO World Heritage List as Intangible Cultural Heritage of Humanity, This is Pantelleria, the daughter of the wind, where spectacular sunsets leave you speechless, the sea shapes each and every form, and natural wonders abound and astound 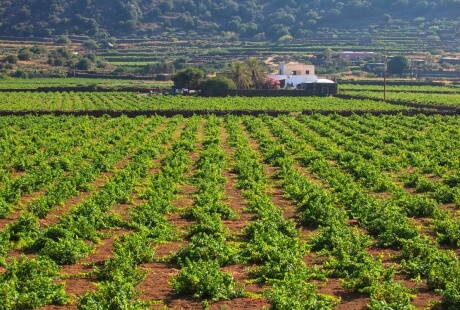 Pantelleria casts a spell because of its mesmerising landscapes and unique atmosphere, and yet most visitors are struck by its viticulture. To call it “heroic” is an understatement: the vines are shaped by the persistent wind and reflect how growers managed to adapt to it. Vines are planted in shallow, bowl-shaped depressions called conche, thus low to the ground, that also collect precious moisture.

Any picking is done by hand and requires bending to your knees or waist on treacherous slopes: this Vite ad alberello – (head trained bush wine) is part of the Intangible Cultural Heritage of Humanity since 2014 and, in itself, would be enough to put Pantelleria wines in a league of their own. But then, of course, there is THAT taste of Zibibbo and Passito.

The prized Zibibbo grape is inscribed in the UNESCO World Heritage List.

Zibibbo, meaning “grape” in Arabic, is also known as Muscat of Alexandria, as is thought to have originated close to the Egyptian city. This grape is used to make the dessert wine Zibibbo, Moscato di Pantelleria and its dried-grape form, Moscato Passito di Pantelleria.

Passito is obtained with an original and somewhat laborious tradition: the grapes are laid to dry under the sun on straw mats, so as to concentrate their sugars. They are then laid on an aromatic herb called “Disa”, until the sun transforms them into raisins, and then they are processed to obtains Passito DOC. The outcome is a rich, indulgent dessert wine that combines aromas of honey with the intensely rich flavour of marmalade and toffee.

Moscato and Passito di Pantelleria were awarded a DOC title in 1971. They count as the third Sicilian wines to be granted such a status, after Etna (1968) and Marsala (1969). 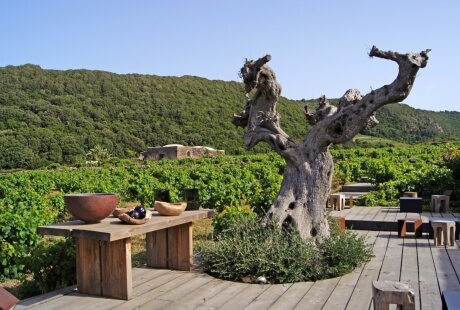 A land of traditions

One may say that wine growing in Pantelleria goes back several millennia. Legend has it, in fact, that the goddess Tanit, from ancient mythology, allegedly seduced Apollo by serving him Muscat wine. Be as it may, this land enchants as you approach it, the wine surely playing a part.  Several famous people fell for its charm, most notably Giorgio Armani, but also Carole Bouquet and Gerard Depardieu, who bought their own vineyards in the 1990s in the Monastero valley.

Former professional basketball player Giulia Pazienza Gelmetti also concocted what is considered one of the island’s best-kept secrets, the Coste Ghirlanda Winery. Here you can learn about locally grown wines in the Wine Laboratory: you will enjoy candlelit dinners while pairing gourmet food with excellent wines that display evocative names such as Silenzio, La nostra prima volta or Jardinu.

The ancient wine growing tradition, unique to Pantelleria, is passed down from one generation to the next in a spoken dialectal form. Work begins at the end of July and carries on until September, when celebrations bring the local communities together, reinforcing their roles as wine-makers. Wines were enjoyed only on the island until the 1880s, then they were exported to Italy and are now among Italy’s best kept precious secret.

Next time you savour some precious Pantelleria wine, think about the effort, dedication and pride that go into each and every bottle, as if a genie was coming out of it to fulfil your wishes

Where to eat and wine tasting: Coste Ghirlanda