Held in Wonder in Sardinia

The sea, once it casts its spell, holds one in its net of wonder forever. Jacques Yves Cousteau, Oceanographer 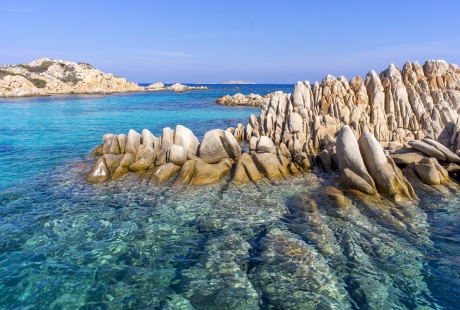 Some say that Sardinia is a continent in its own right. You could, in fact, spend a lifetime travelling around her coasts and still not come close to exhausting her riches, given the surprising variety of hidden bays, pristine waters, wild shores and world-famous beaches, not to mention a glitzy showground for the well heeled, as well as traditions galore all over the island.

It is precisely this combination of long stretches of white sands, rugged coves, spectacular dunes and bluer-than-blue water prompting visitors to come back, again and again.

The sea lures us into its arms: purely by chance?

It is common knowledge that water is life, for it makes up nearly 70% of our bodies, and it covers about 70% of the earth’s surface. The mere sight and sound of water can make us feel good and that happens for a very specific reason: air exposed to water is charged with a considerable amount of negative ions, promoting the absorption of oxygen, improving alertness and fighting free radicals. Sea air also contains high levels of iodine, salt and magnesium, giving a boost to the immune system.

Modern society has led to high numbers of “constant checkers”: people who are repetitively engaging with screens in one form or the other. This reliance on technology enhances the levels of stress, both when technology works and even more when it does not.  Spending time by the ocean, a river, a stream, a waterfall or a spring, enjoying the contact with nature and listening to the soothing sound of water streaming can defy that and the so-called “grey mind”, caused by spending too much time inside glued to screens.  Fancy a trip to the sea? 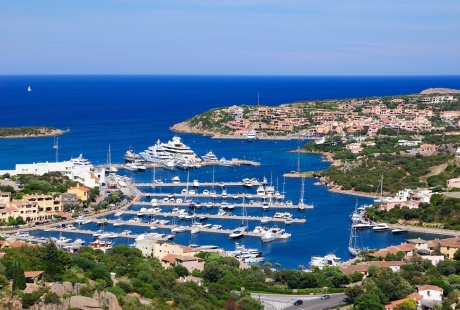 Ship ahoy! Sardinia and the sea

Sardinia offers state of the art hospitality and her authentic feel is as strong as her degree of excellence throughout; her coastal development, however, only started taking shape in the late 1950s. Prior to that, the invaders who plundered and settled on the island came from the sea and, as a consequence, not many villages were built on the coasts. On the northern part of the island, the 1960s proved pivotal years: the development of Porto Cervo, now equipped with a state-of-the-art harbour, capable of hosting the world’s biggest yacht – the staggering 156-metre long Dilbar - took off in 1964.

The entire Costa Smeralda was part of a clever project which aimed at the utmost compatibility with the landscape: the height of buildings was limited, outcropping rocks or existing trees were integrated into their constructions, no foreign vegetable species were allowed, cable lines had to be interred, and all this led to the creation of language which matched a precise style.

Admired all over the world, Sardinia is seen through the colours pink, blue and green – pink-tinged facades, emerald sea and unexpectedly green, lush vegetation: not only will you encounter authenticity at the nth degree in this fascinating island, but you will discover the authentic, proud Sardinian soul. 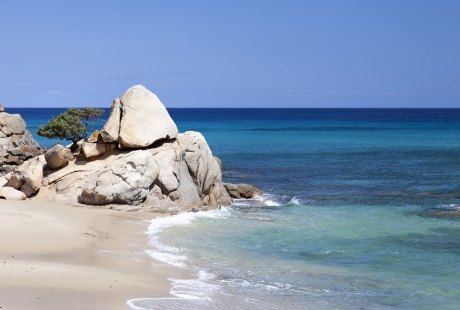 The fascinating northern stretch of this fabulous island sees some of the most renowned beaches, among which is the La Maddalena Archipelago. This is a marine-protected National Park established in 1994, comprising seven outstanding islands such as Caprera, Budelli and Spargi, and numerous isolotti, where nature still sets the tone.

Cala Corsara on Spargi, Spiaggia Rosa on Budelli and Cala Coticcio on Carprera are among the most famous, although when it comes to Sardinian beaches, you know that you’re in for a treat at every corner.

Even James Bond fell for the beauty of this area, when Roger Moore played the secret agent and the astounding landscape further to the east proved a sensational setting.