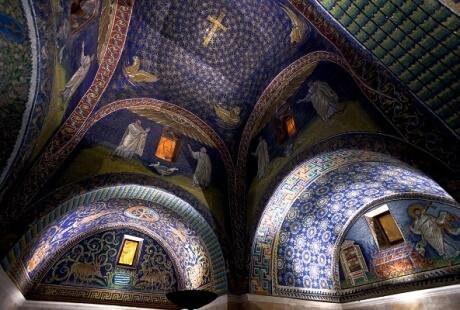 Composed by fragments of different shapes, materials and colours, mosaics have dazzled, mesmerized and captured beholders ever since antiquity. Although the origin of the name “mosaic” is uncertain, it is believed to be associated with the idea of beauty in both Latin and ancient Greek. Beauty, in fact, undoubtedly springs to mind when contemplating these mysterious, captivating and fascinating masterpieces that were both used for functional and aesthetic purposes. The earliest known mosaics have been found in a Mesopotamian temple and date back to the 3rd millennium BC: ivory, seashells and stones were employed to craft decorative pieces, which paved the way for works executed over the following millennia, in particular during the Roman Empire.

From the 4th century AD to the Renaissance, exceptional examples emerged in catholic basilicas in Italy, opus sectile being the most employed technique, whereby figures and shapes are obtained using juxtaposed polychrome marble slabs. Byzantine art, which developed between the V and the VI century AD, saw mosaics as the ideal way to convey its idea of harmony: static images, two-dimensional figures and inexpressive faces stand out on a glimmering golf leaf background. The 20th century saw a revival of mosaics, with modernist artists and architects taking advantage of the truly expressive faculty of such a significant art form. This spellbinding journey explores the potency of a unique technique, taking you to several places across northern Italy which host amazing mosaics, visiting mosaic schools and taking part in workshops, speaking to modern-era artists and capturing the essence of a highly ornate, inspiring art. 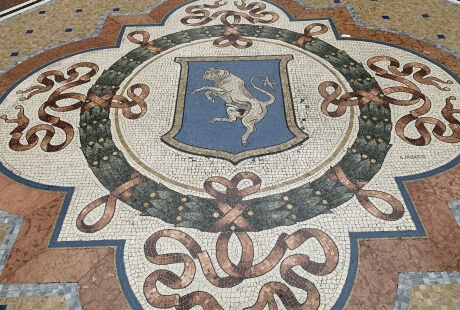 The city reveals its sensations

The financial centre of Italy, the city of fashion, and a cultural powerhouse: Milan has many faces and strikes a chord into many people’s hearts because of its juxtaposing ancient and modern cultures. Spend two days discovering attractive modern mosaics in the Galleria Vittorio Emanuele and the Camparino coffee shop, as well as the Archaeological Museum and several churches like Sant’Ambrogio and San Lorenzo.

You will also talk to a contemporary mosaic artist to learn about mosaic techniques and their charm. 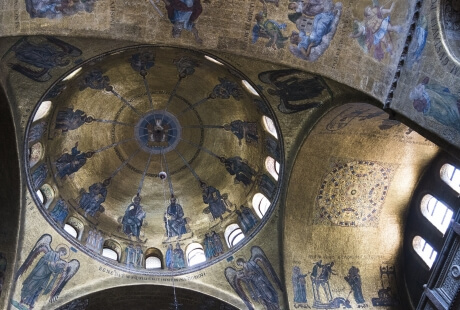 A comfortable train journey takes you to the heart of splendid Venice. Although every angle, palace or image seems breathtaking in the Serenissima, nothing quite prepares you for the glimmering beauty of Saint Mark’s basilica and its marvellous mosaics. You will then explore the city from the water, to fully savour its magic, followed by a tour revealing life in Venice at the time of the Doge and also exploring a contemporary mosaics workshop.

A visit to the colourful island of Murano, famous for its glass production, will show you the secrets of glass making in a superb setting. 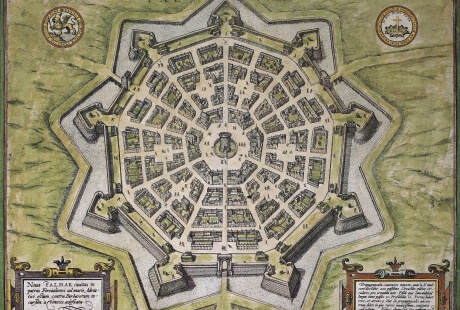 A region filled with hidden treasures, you will visit the notable Mosaics School in Spilimbergo: the only one of its kind in the world, it hosts students from many different nations. The fort-city of Palmanova, planned in 1593, follows on your tour: built on a utopian dream, the city was declared national monument in 1960.

Explore Grado, also known as the Golden Island, and its picturesque historic centre with pretty alleys and courtyards, and the Basilica with fabulous 6th century mosaics. Move on to Aquileia, the ancient Roman city that hosts exceptional mosaics in the striking Basilica di Santa Maria Assunta and admire their riveting beauty. 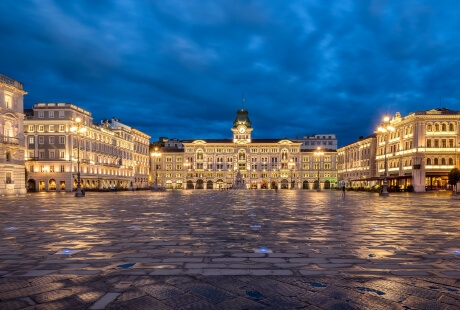 The sparkle of charming Trieste

Loved by writers such as Rilke and Joyce, Trieste boasts an idyllic setting and you will discover its grandeur and appeal.

Visit the amazing mosaics at San Giusto’s Cathedral and then explore the city and its vast array of churches, Roman remains and striking architecture, such as the staggering Piazza Unità d’Italia, a spectacularly broad square, in a superb position overlooking the sea. 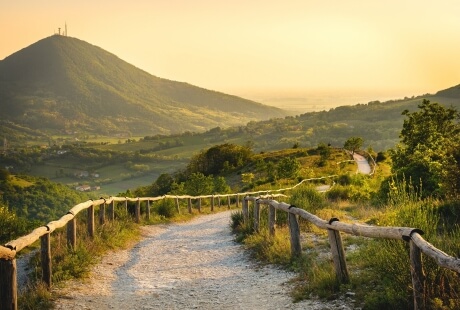 Along the Adriatic Coast

Move further south and explore the Adriatic Coast. The journey takes you to the Colli Euganei Regional Park, an area renowned for its natural beauty, charming villas and castles, evocative lakes and panoramic views. Dotted with scenic vineyards from which excellent wines are produced, this is also an area famous for exquisite local delicacies.

Among the fifteen municipalities in the park, Arquà Petrarca is renowned for having hosted the last years of the famous Tuscan poet Francesco Petrarca. 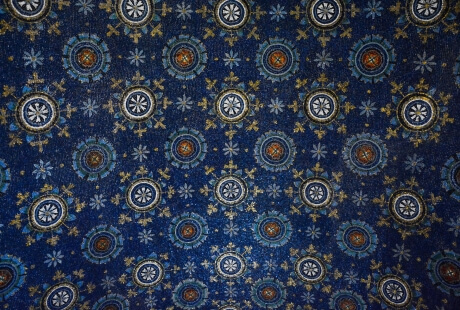 Once the capital of the Western Roman Empire, Ravenna hosts mosaics that exude all the marvel and artistry of this spectacular art technique. Visit the museums, the basilicas – San Vitale and Sant’Apollinare are two of the jewels – and the superb historic centre, before taking part in one of your chosen workshops.

Ravenna is also Dante Aligheri’s final resting place – this year marks the 700th anniversary of his death and celebrations are going to be held all over Italy. 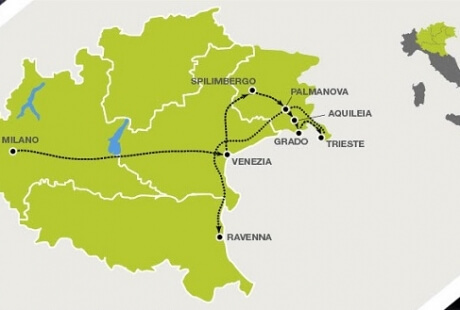 The art of tiny pieces can shape a town: this tour lets you experience how mosaics can craft masterworks.
Starting from Milano, that hides wonderful examples of this art in two of its main churches. The journey will take you to Venezia, where the gold of mosaics is reflected in the lagoon. Moving on to the Adriatic Coast, you will discover the region of Friuli Venezia Giulia and we will visit an important and famous Mosaic School in Spilimbergo; the towns of Aquileia and Grado preserve superb mosaics dating back to the 4th-11th centuries. Then we will go to Trieste and Ravenna, the capital of mosaics that deserved the inclusion among the UNESCO World Heritage sites with eight monuments.

Conveying Italy’s vast cultural heritage is an art in itself, each region offering diverse interpretations of unique artistry. At Elesta Travel we take pride in creating tailor-made itineraries, where our local knowledge meets the needs and interests of our clients. Each programme, led by expert guides, starts in Milan, where we are based: we proudly promote it as one of the most culturally stimulating Italian destinations, although our welcome extends to every other Italian city.